How shall we sing the Lordâs Song in a strange land?

We are a community of people seeking to follow Jesus,
trying to live as God intends, and inviting others to do the same

How shall we sing the Lordâs Song in a strange land? 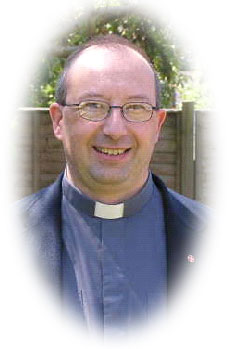 (This was Andrewâs message on 20th September. Many of us couldnât be there, so here it is for us as we get back to church)

Welcome back! It is 26 weeks since we last met together to worship God. And as we do so today we are acutely aware that it is not in the way that we are used to, that we are missing many of our people who are not able to be with us. Back at the end of June, when it looked like churches might be able to begin to re-open for worship, the Connexion published a service to celebrate return called âBeyond Exile: A service to celebrate a return to public worship. It was envisaged that this would be both a lamentation of loss and a celebration of our return to worship in our buildings. But are we at the point of such celebration? As the event of this week have shown, the virus is far from defeated and our lives continue to be disrupted as a result.

Some of us have considered our situation through the concept of Exile. Maybe you can remember the moment when you heard that lockdown had been announced and that churches, among many other organisations, would be closed for worship for an unknown period of time. I know that we had already been talking about extra hygiene precautions, that physical greetings had already become unwelcome. Shops were being stripped of goods considered essential (remember the great toilet roll rush of 2020?). It was clear that we were entering a strange new world. A world where we were kept apart from friends and loved ones, a world of isolation and separation, a world where physical gathering was illegal and sharing in bread and wine forbidden.

For many of us this felt like exile from the world we knew and comparisons soon began to be drawn with the exile experienced of the people of Israel in the 7th Century BC. We are people in a foreign land and we had to work out how to worship God, and connect with each other in the new situation we found forced upon us.

Today, although some of us are able to come back together in this new and strange way, it does not feel like that exile has ended. It doesnât feel like a celebration of return from exile is yet appropriate, the world we knew is not the world we currently inhabit. It is a step in the direction of home, but we are not there yet. So the Beyond Exile Service seems not to be wholly appropriate at this moment in time. Maybe at a later date.

So although I am using some elements from it this morning, I am not using the service in its entirety. For one thing it is a service in which Holy Communion is celebrated. We will return to that soon, but for now as we are coping with exploring how this new way of being can work, the added complexity of how we safely distribute bread and wine can wait a little longer until we feel more confident in getting the basics right.

Today then, I want to reflect on the experience of exile. What is it like to find yourself forcibly taken to a foreign land? Separated from home and in some cases family?

At a later stage in Israelâs history, in the late 7th Century BC the Kingdom of Judah was already a client kingdom of Assyria, paying tribute to the Assyrian regime. When Assyria was overthrown by Babylon and Judahâs king refused to pay tribute, the king of Judah and many of the people were captured and taken into exile in Babylon. They were taken from the land that they had received as their inheritance and where the Temple had been built in Jerusalem. The Temple was a place of worship and meeting, a place to pray, read scripture and listen to the preachers. It was the only place where sacrifices could be offered to God. It was where the people came to worship in the presence of God. It was very much part of the identity and culture of the Jewish people.

Far away in Babylon there could be no Temple, no sacrifices offered. Even for those who remained in Jerusalem under the Babylonians, the Temple had been desecrated and could no longer be used. How were the exiled people to worship now? Hence the lament in Psalm 137.

How were the Jewish people to respond? Would they be able to retain their distinctive religious identity ? How could they sing the Lordâs song in a foreign land?â.

And today are we not essentially asking ourselves the same question: How can we worship God in this foreign land? A land where we sit 2m apart; a land where our faces are obscured by masks, a land where we are unable to sing the songs we love, a land where collection plates cannot be passed around, where the Sunday School cannot meet, where tea and biscuits cannot be served after the service - how do we worship the Lord in this strange land?

How did the exiles in Babylon respond to their situation?

I have no doubt that what they did was to look and see what were the practices that were distinctive to their religious identity that they could continue to observe and develop in their new situation. What were those things which were most important and fundamental and could continue wherever they were and in whatever situation? I would guess that observing the Sabbath day and keeping it Holy was one such practice. Observing the Torah (the teachings and law) also became a focus.

Groups met for worship where there were a minimum of ten adult Jewish men, the same criteria as for synagogue worship today. If they could identify the practices that they could continue with, they would be able to recognise the presence of God with them, even in a foreign land. In fact they would begin to develop an understanding of God as present everywhere in the world and perhaps God could be known by everyone.

In exile there would have been a period of mourning for what had been lost, of homesickness, of difficulties in settling in a new land amongst strange people and languages. But they would in time have drawn comfort from the knowledge that God was with them and they would be challenged by new possibilities. It would have been a difficult time but always there was the hope of return.

Eventually they would be able to return, some may have chosen not to do so having settled in the new place and for those who did return they would have found things much changed and different. Things could never go back entirely to the way they were.

We may have felt that we have been in exile. We may feel that we are still, to some extent there, some may feel that we have returned home only to find it very different than when we left. We may regret what cannot be but we should look to those things that most important to our faith. We may not be able to sing or gather round the Lordâs table but we can still worship God. We should look to those parts of our life that can continue and maybe even be enriched and transformed by the experience.

Perhaps this is an opportunity to reassess, to put down heavy burdens we have carried for too long and to explore new ideas. We have found that much can be done through social media and electronic forms of communication. We have connected with new people through our online presence and worship. We can continue to pray and find ways of praying together at particular times and in different ways. We have found new ways of caring and being aware of the needs of our neighbours.

Most of all we remember that our calling is to share Godâs love with those around us, to respond to the gospel of Godâs love in Christ and to live out the discipleship of the Church in its worship and mission. We may be a people in exile but we are also a people of hope and as such a people for a time such as this.

As Paul writes to the church in Rome:

38 For I am convinced that neither death, nor life, nor angels, nor rulers, nor things present, nor things to come, nor powers, 39 nor height, nor depth, nor anything else in all creation, will be able to separate us from the love of God in Christ Jesus our Lord. (Romans 8:39-39)